The Internet Is Growing 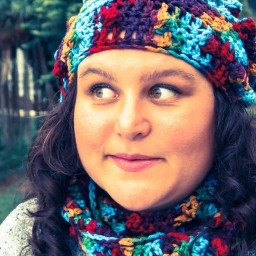 The Internet is Growing – Here’s How Much

It is pretty obvious that the Internet is growing just by looking around at people constantly on their smartphones. The importance of the Internet continues to grow at a rapid rate, as more businesses start to tap into the powerful capabilities that the digital era has presented.

If you’re interested in finding out some stats and facts on Internet usage then you have come to the right place, as the guys at Top 10 Website Hosting have treated us to a fantastic infographic filled with interesting information.

Did you know that over half of the world’s population are now Internet users? Over 4 billion people worldwide are using the Internet – remarkable, isn’t it? Google has become everybody’s best friend, whether you are trying to conduct academic research or simply want to settle a friendly debate – the world’s greatest search engine will quickly have the information that you need. There are over 3.5 billion searches on Google each day and over 1 billion voice searches every month.

Social media has taken over, with over 3.2 billion users worldwide and this figure is likely to expand even further as the younger generations become even more social media obsessed, spending hours of the day checking Facebook, uploading pictures on Instagram or sharing stories with their friends. 91% of social media users are using their phones, tablets and smart devices to access their accounts, rather than the previously popular desktop.

In terms of eCommerce, sales have increased by 13% over two years. More and more businesses are setting up websites to enable them to sell their products online and it is becoming easier to build websites for even non-technical people. Content writing services are becoming a booming industry and freelance writing is becoming the new career of choice.

Drones are expected to become very popular in the near future, with an expectation of 600,000 commercial drones to be in use by the end of 2019. Watch this space for even more developments!

Colleen is an internationally known and respected copywriter who creates engaging and conversion-friendly SEO optimized web copy. She's been a content writer for over 5 years and specializes in content strategy and structured content.

Check out these articles below

Top Tips for Your E-commerce Website: How to drive and build traffic for your online store

Ahrefs vs SEMrush: What’s The Difference?

Please log in again. The login page will open in a new tab. After logging in you can close it and return to this page.